My 3 Yr old son decided to yank this flower from the plant ( along with 12 other of it’s kind ) Since he go every flower with had there I wanted to at least have a picture of one before it die.

The backdrop I used was a piece of burlap that I thought it was going to work well. After a few shots I realized I did not liked the backdrop at all and started to pull it back to make it darker due to light fall off. Next thing you know I run out of space and I was able to still see the burlap pretty clearly.   After a few tries I figured that pulling the light farther away did help the background but the flower went darker in the same relation, so I went back to the original light position, added a black back drop and changed the angle of the light and that did the trick. Basically the light was not aiming directly at the flower, it was position in a way were the light traveled in front of the flower from right to left therefore feathering the light  it created a beautiful wrapping light that brought the flower back to life and added some depth and contrast.

This is the end result

This picture was with the original set up. 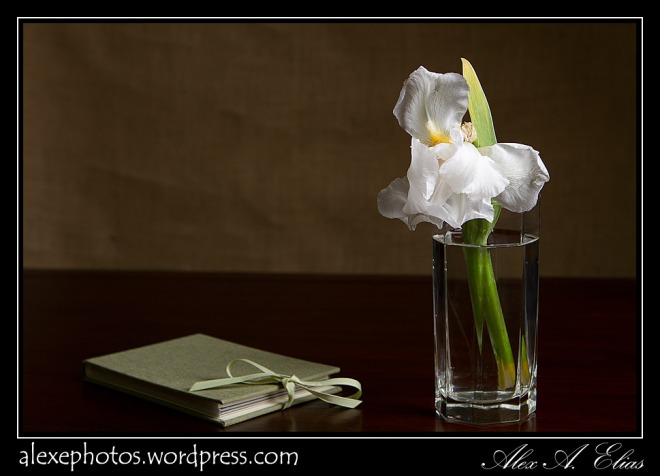 And this two images show the light in relation to the flower.

This site uses Akismet to reduce spam. Learn how your comment data is processed.